Our ninety year history in a couple of paragraphs, taken from ‘Libraries in York’ by O S Tomlinson, in The Noble City of York by Alberic Stacpoole (1972), pp. 969-993…

The first Public Libraries Act was passed in 1850 and was the result of a movement looking to form libraries which were freely open to everyone. After much opposition this first Act was only applicable to towns in excess of 10,000 people and it did not provide for the purchase of books.
A further Act in 1855 resolved some of the limitations of the first one, and as a result more towns began to open their own free libraries. The method of adopting the Act was to be by a poll of the city ratepayers. It took until 1891 for York to gain approval from the city ratepayers, by which time 169 towns had established ‘free libraries’. 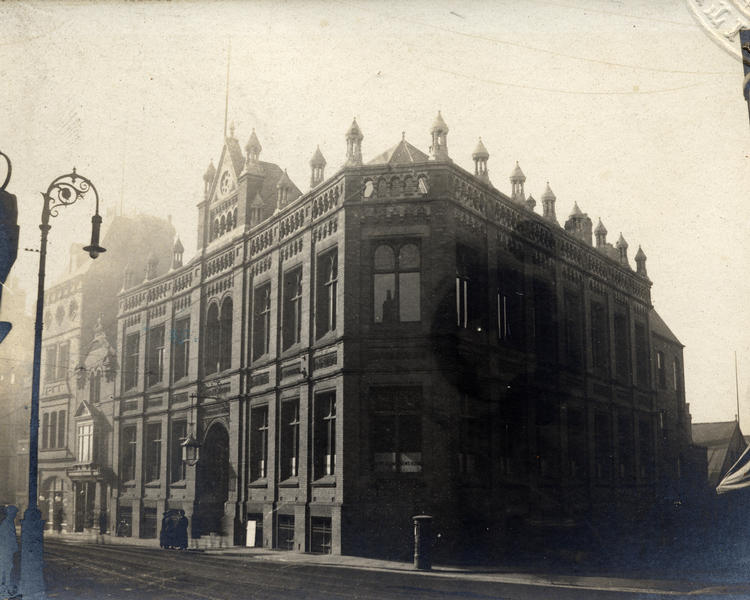 On 1 September 1891, the York Corporation took over possession of the former subscription library building in Clifford Street. After two years of conversion work, overseen by the first librarian Mr Arthur H Furnish (the former Subscription Library Chief Librarian), the new Public Library was officially opened on 5 October 1893 by HRH The Duke of York (later King George V). At the time of opening the stock of the library was 10, 417 volumes, including volumes obtained from both the former York Mechanics Institution and the Subscription Library. On 1 January 1895 the library opened its magazine room to try and relieve overcrowding in the news room. Formation of the Reference Library was also at this point 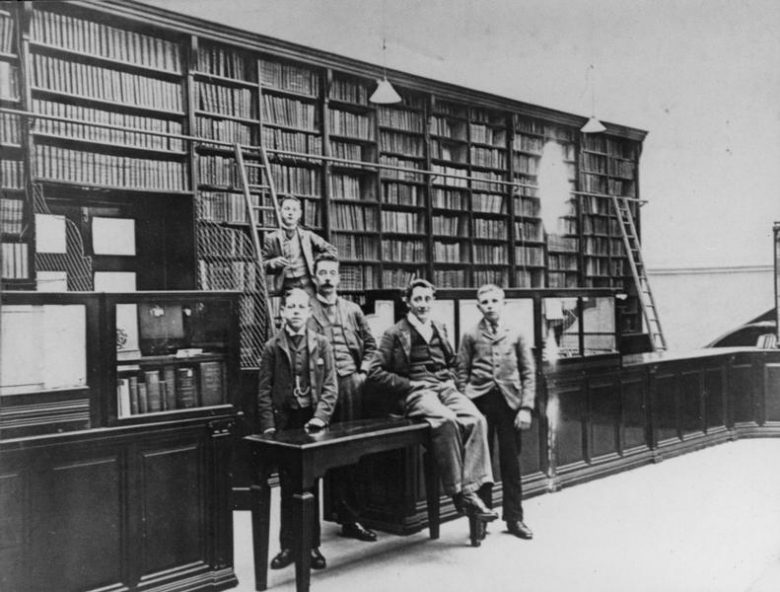 underway, with 2,269 books being set aside to form the core collection. During the First World War soldiers were initially billeted in the basement and on the stairs of the library building, and once they left heavy machinery was installed instead. The war also saw the employment of female assistants for the first time.
In 1913 the Library Committee had been considering that the building was inadequate and approaches were made to the Carnegie United Kingdom Trust. After preliminary negotiations, a formal request was made to the Trust in 1915, and following investigations, an offer of £12,000 was made on 29 February 1916. The Trust added, however, that any building work should not commence until after the war. 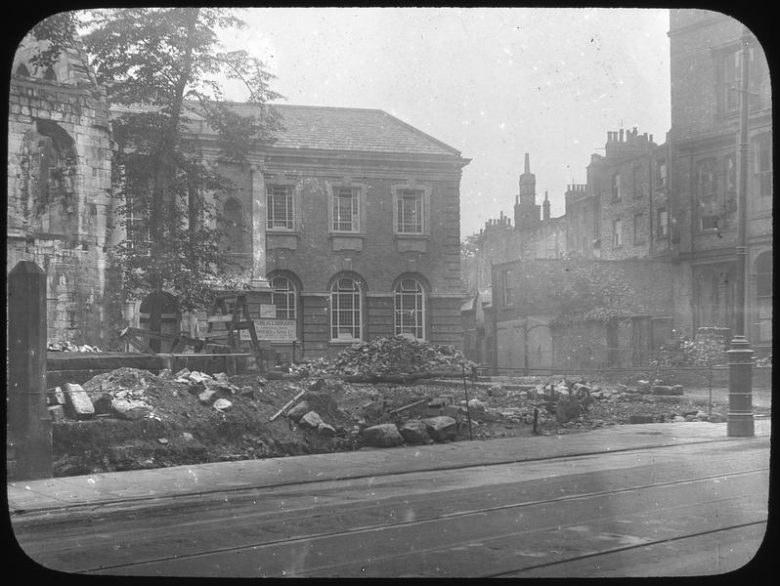 A site had been acquired in Museum Street, and Messrs Brierley and Rutherford, architects, were employed to design the building. When work commenced after the war, the Carnegie United Kingdom Trust revised its offer to £13,200, however even then a loan was needed to complete the project. The first portion of the building, containing the central block and one wing, was officially opened on 23 September 1927 by the Earl of Elgin, and cost £24,500.

In 1934 a further portion of the building was erected, before the building was finally completed in 1938. The completed building was opened by Sir John A R Marriott MA on 26 October 1938.
On the outbreak of war in September 1939, the News Room and Magazine Room at the Central Library were taken over by the Civil Defence Authority as the headquarters of the WVS, and in the following month the Hunt Room and the basement were commandeered by the Ministry of Food for the local Food Control Office. Following the Baedeker Air Raid on York in April 1942, the building was used for a fortnight as the Central Administrative and Information Centre for relief purposes. During the first week of this work library activities were completely suspended, and staff were seconded to help the thousands of people requiring assistance.
Towards the end of 1957 the Civic Records were transferred from the Guildhall to the Library and a full time archivist was appointed to administer this collection and other archival material relating to the city. Further alterations to the building were also seen in the 1960s, with the expansion of the Readers’ advisory service and the addition of a gramophone record collection in 1968. The library service in York continued to expand, and by 2014 the service it included the main central library and 14 branch libraries across the city. The service also currently has two reading cafes and one mobile branch library.

On 1 May 2014 the library service of City of York Council ‘spun out’ from the main council as a not-for profit Industrial and Provident Mutual Society called ‘Explore York Libraries and Archives.’

Quite a lot has happened to our wonderful building and we have decided there is much need for celebration!

Of course there will be cake, but also keep a watch out for all the fantastic events and displays (big and small) we will be holding throughout the year celebrating our last 90 years.
To kick off our celebration all the staff who reside at York Explore are taking on a mammoth 1927 book Reading Challenge. We’ll be sharing with you all the books we read, especially the ones we love.  We will also be keeping you all updated on how we are progressing through that number of books – so wish us luck!
Tweets by @YorkLibrariesUK
We use cookies on this website Accept or find out more about cookies and privacy
Privacy & Cookies Policy

This website uses cookies to improve your experience while you navigate through the website. Out of these, the cookies that are categorized as necessary are stored on your browser as they are essential for the working of basic functionalities of the website. We also use third-party cookies that help us analyze and understand how you use this website. These cookies will be stored in your browser only with your consent. You also have the option to opt-out of these cookies. But opting out of some of these cookies may affect your browsing experience.
Necessary Always Enabled

Any cookies that may not be particularly necessary for the website to function and is used specifically to collect user personal data via analytics, ads, other embedded contents are termed as non-necessary cookies. It is mandatory to procure user consent prior to running these cookies on your website.